What Happens to Unaccompanied Minor Immigrants When They Get to the US? 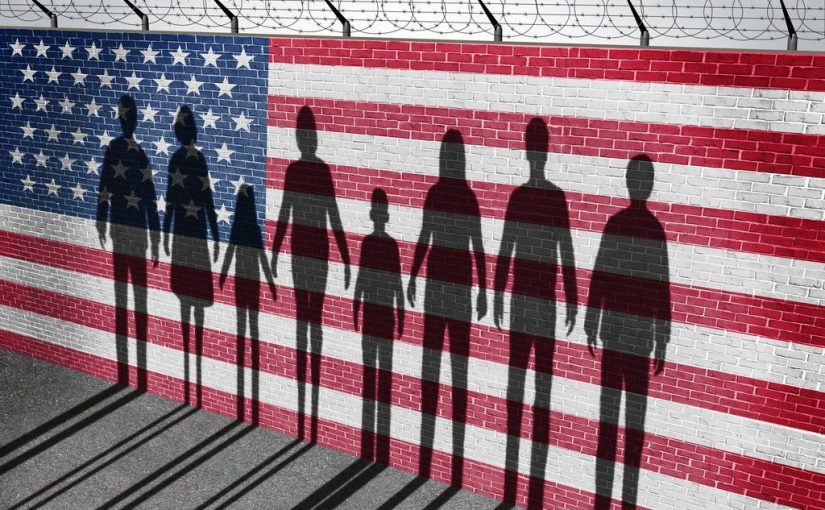 The Risks, Rights, and Procedures for Unaccompanied Minor Immigrants

Immigration is an increasingly hot ticket political issue in recent years. Economic hardships and racial tensions have fueled an increasing concern with illegal immigration across the southern borders of the United States. South American – U.S immigration has been a fixation of public attention since the 2016 presidential election campaign. One year later, it continues to be a focus of social justice advocacy. There is an increasing concern for unaccompanied minor immigrants arriving at the U.S. border, and what fate awaits them. Below, we provide information about the thousands of children arriving at our southern border and address some common questions. Who are these unaccompanied children and where do they come from? Why are they coming here? And what fate awaits them at our borders?

What Does “Unaccompanied Minor Immigrants” Mean?

Unaccompanied minor, unaccompanied child or unaccompanied alien child are all terms that describe children who arrive in the United States alone. This applies to any immigrant children under the age of 18 who do not have lawful US immigration stat­us and who do not have any parents or guardians in the U.S. This also applies to children apprehended by US authorities at the border, as well as undocumented children who are eventually apprehended by authorities after having lived in the United States for a considerable amount of time. These are sometimes children of unlawful immigrants who lose parents to deportation or violence.

Where Are They Coming From?

Why Are These Unaccompanied Children Leaving Their Home Countries?

Increasing violence in Guatemala, Honduras, and El Salvador—known as the “Northern Triangle” of Central America – is the primary cause of unaccompanied immigrant children fleeing to the United States. Reports show a direct correlation between rising homicide rates in these countries and an increased flow of unaccompanied minor immigrants across US borders.  Children interviewed say that gang and cartel violence related to the drug trade in their home country is their primary cause for fleeing. Many are either direct victims of gang activity or violence themselves, as well as losing family members and friends. This is especially true for older children and teens who are often forced into gang recruitment through violence or threats to their families. Less prevalent causes include poverty and reuniting with members of their family who have already immigrated to the United States.

What Happens to Unaccompanied Minor Immigrants Once They Arrive at the Border?

The majority of unaccompanied children encountered at the border are apprehended and processed by U.S. Customs & Border Patrol. Unlike adults or families, unaccompanied child immigrants are sequestered into standard immigration courts for removal proceedings. A vital part of this process is contiguous country screening. Each unaccompanied minor immigrant from Mexico or Canada— both contiguous countries – cannot be returned to their home country if they meet certain standards. They must be questioned to determine if they are unable to make decisions for themselves, fear persecution back home, or have been a victim of trafficking. If there are any signs of abuse, trauma or danger in the child’s home country, U.S. Customs and Border Protection must transfer the child to U.S. child welfare agencies within 72 hours.

Due to their vulnerability, these young unaccompanied immigrants have certain protections under U.S. law. These laws are in place to protect underage immigrants from expedited removal. This affords them some protection from automatic deportation. Many times, deportation means going straight back into dangerous circumstances in their home countries. The Deferred Action for Children Arrivals (DACA) initiative was put in place to protect these vulnerable young immigrants. It has been a point of contention in recent months due to it’s repeal by the current administration. Social activists have lobbied for federal regulations to support these children.

The question of what will become of these young immigrants remains open-ended. How can we amend or create policies to protect these victims of poverty and violence? If we don’t want them here, how can we create safe environments for them to thrive in their home countries? These are complex questions with many unsatisfactory answers. The true solutions lie in a public understanding of immigration laws and policies and directing our improvement efforts to meet the needs of this vulnerable population. This article consists of information from a guide to unaccompanied minor immigrants provided by the American Immigration Council. For legal information, resources and representation for unaccompanied minor immigrants, please contact us.