President Trump’s Travel Ban is Upheld by The Supreme Court 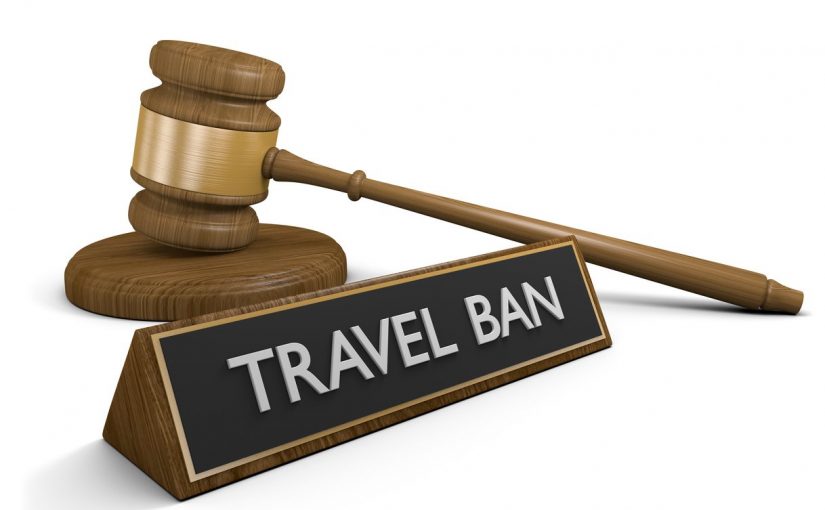 Last month, The Supreme Court allowed President Trump’s travel ban to stand. The ban will hold for 90 days until the courts review the case in October. Refugees and people from six Muslim-majority countries may not travel to the United States for the time being. These countries include Iran, Libya, Syria, Somalia, Sudan and Yemen. However, there is a loophole for legal travel; because of these exceptions, the media dubbed the ban “weakened.”

People from the banned countries that want to come to the United States may– as long as they have close family already living here. The White House stated that a “close family” member includes parents, spouse, siblings, or a fiancé. Later in the month, a federal judge in Hawaii expanded on what “close family” means. Now those with grandparents, grandchildren, uncles, aunts, sisters-in-law, brothers-in-law, uncles, aunts, nieces, nephews, and cousins in the U.S. may also apply for travel or immigration visas.

What Did The Supreme Court Say About the Travel Ban?

Section 2(c) may not be enforced against foreign nationals who have a credible claim of a bona fide relationship with a person or entity in the United States. All other foreign nationals are subject to the provisions of the executive order.

So if a person from one of the six affected countries applies for a visa, he or she must have a familial relationship to people already in the United States. To prove a “bona fide relationship” exists, the visa applicant must comply with federal agencies and courts.

Refugees may also seek asylum if they can prove relations already in the United States. The original draft of President Trump’s travel ban put a 50,000 person cap on the number of refugees the United States will allow. The country reached the 50,000 cap on July 12th this year. However, The Supreme Court decided immigration agencies cannot fully enforce the cap, as anyone with family in the country may still travel.

That is, such a person may not be excluded pursuant to Section 6(b), even if the 50,000-person cap has been reached or exceeded.

Despite this, the country has seen a steep decline in the number of refugees arriving.

What does this mean for people trying to travel to the U.S.?

Thousands of refugees and immigrants from the banned countries are now unable to receive visas and arrive in the country. Most of them are living in war-torn areas and dangerous conditions. Becca Heller, the director of the International Refugee Assistance Project, told the Washington Post the ban was akin to  “doing death by procedure.”

Anyone traveling from Iran, Libya, Syria, Somalia, Sudan or Yemen must have a family member that lives in the United States to sponsor them. If they do, they may travel here despite the ban. However, things are never that simple. Getting a visa is difficult; it takes a lot of time and resources. An experienced immigration lawyer can help navigate the bureaucracy and help get a family member safely to the United States.

Is this case over?

While the ban is in technically in effect, it is not a permanent situation. The Supreme Court will hear arguments from both sides in October. Civil rights leaders believe the ban counts as religious discrimination. It also may exceed the executive branch’s power limitations. The public will have to wait until October to see what happens next.

In the mean time, it is probably a good idea to discuss all of your options with an immigration lawyer. They can help you navigate the ever changing immigration landscape. There are many other policies on the horizon that the Trump administration is going to use to curb all forms of immigration. If you are worried about the status of you or your family, now is the time to determine a plan. Don’t wait until it is too late.

Susan Henner has decades of experience with immigration cases. She will fight for your rights and protect you and your family. She is constantly staying up to date with the ever changing laws and procedures. Contact Susan Henner today to find out how she can help you.