President Trump Ends DACA: What Does This Mean for “Dreamers”? 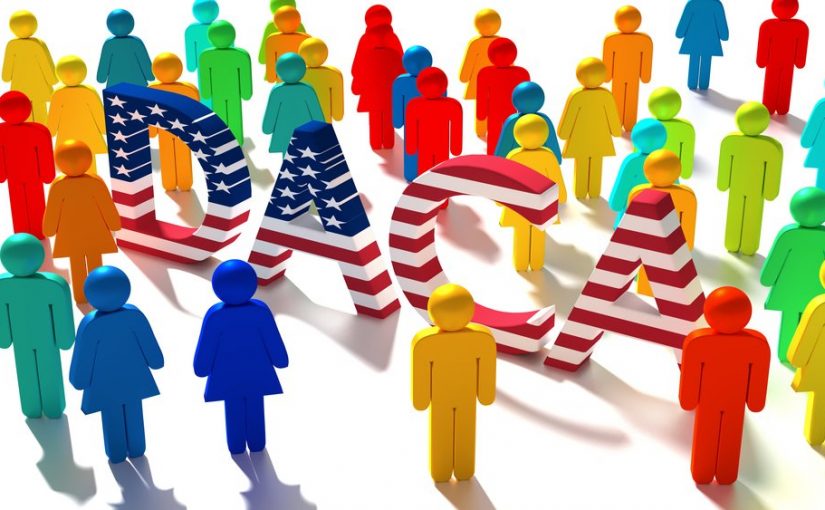 President Donald Trump moved to end the Deferred Action for Childhood Arrivals (DACA) program September 5. The program protected dreamers from being deported, and now Congress has until March to create a plan to fix the program if they want to keep it. So what does this mean for you, and to what extent does it affect you?

First of All, What’s a Dreamer?

Dreamers are undocumented immigrants who arrived in America as children. The program kept them from being deported based on a number of criteria, including:

Ultimately, through DACA, those who came to America as children were able to avoid deportation and obtain a work permit. There are approximately 800,000 dreamers in the United States today. They are primarily from Mexico, with the second most number of recipients coming from El Salvador and the third most from Guatemala.

The term comes from the DREAM Act, which offered children immigrants legal status upon completion of college or military service. While the act itself never passed, the foundation and name stuck with the population.

What Exactly is Trump’s Plan?

The Department of Homeland Security has already stopped accepting new applicants for the program. Current dreamers will not see a change in their status immediately as Congress has until March 5, 2018, to restructure the program and protect said, dreamers.

The change was initiated by attorneys general in conservative states who threatened to sue Trump’s administration if the program was not changed. While this appeals to conservative Republicans, moderates, and liberals, as well as Democrats, sternly oppose the eradication of DACA.

What’s the Problem With DACA?

While recipients are technically undocumented, they are able to obtain driver’s licenses, enroll in college and obtain work permits. They must also pay income tax through the program. A major flaw in the program, however, is that the program does not offer viable ways for dreamers to become US citizens or even legal residents.

In Trump’s own words, “We will resolve the DACA issue with heart and compassion — but through the lawful Democratic process — while at the same time ensuring that any immigration reform we adopt provides enduring benefits for the American citizens we were elected to serve. We must also have heart and compassion for unemployed, struggling, and forgotten Americans.”

What Does This Mean for Me, a Dreamer?

You are currently still receiving protection from DACA. The government recognizes and honors your work permit until its date of expiration. Any applications received by Sept. 5 will still be processed, and anyone whose status expires by March 5, 2018, will have one month to apply for a two-year permit.

While lawmakers have proposed bipartisan efforts to protect dreamers, the bills stalled in Congress. If Congress does not create an alternative to sustaining DACA, 300,000 people will risk deportation in 2018 and more than that by 2019.

What About My Information?

What Should I Do Now?

If Congress reaches an agreement on DACA by March, there are a number of rights you still retain.

If you’re a dreamer and you have concerns about your immigration status or citizenship status, contact the Henner Law Group today. Susan Henner is a White Plains Cancellation of Removal Attorney who will make sure your rights remain intact for any federal immigration process.