President Trump Now Has His Sight Set on the DACA Program 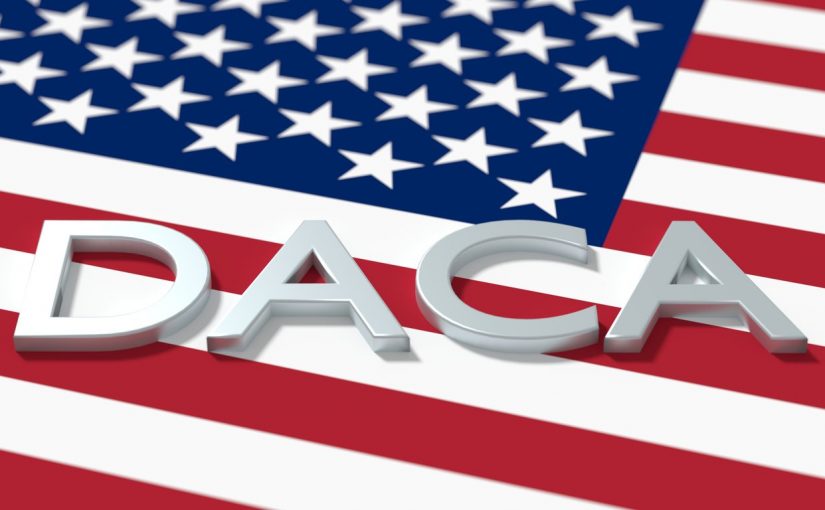 If you have been paying attention to the news the past few months, you have no doubt heard the phrases “DACA Program” and “Dreamers.” If not, don’t worry – you will hear them even more as President Trump pushes his immigration agenda forward. But what, exactly, do these terms mean? What does the Commander-in-Chief intend to change about current immigration policy? We answer these questions and more in today’s blog post.

What is the DACA Program?

Even if you have heard the acronym DACA before, you may be unfamiliar with its meaning. DACA is short for The Deferred Action for Childhood Arrivals. In simple terms, it is an immigration policy that allows people who enter the country illegally the ability to defer deportation. The stipulation to that policy, of course, is that the individual must be a minor or under 18 years of age. In addition to delaying deportation, they also become eligible for a work permit.

To take advantage of the DACA program, recipients must apply. Those that receive the benefit of the immigration policy become known as “Dreamers.” This is a play on the ideology of the “American Dream”; that is, that through hard work and perseverance, anything is achievable.

The term Dreamers also refers to the DREAM Act Bill (Development, Relief, and Education for Alien Minors Act). The DREAM Act was a piece of legislation proposed to grant illegal minors temporary residency. After meeting certain criteria, they would eventually gain permanent residency status. Although introduced several times in the Senate, the DREAM Act has thus far failed to pass.

What are the requirements for DACA eligibility?

Former President Obama and the Dreamers

The DACA Program was initiated by the Obama administration in 2012. Former President Barack Obama tried to expand DACA to make it eligible for a broader range of illegal immigrants in 2014. However, several states sued to prevent this expansion. These lawsuits failed ultimately, as they were blocked by courts.

In 2017, the United States Department of Homeland Security removed the expansion and began to reconsider the DACA program in general. Several months later, President Donald Trump ended rescinded DACA. Congress, meanwhile, has six months to determine what to do with the 800,000 “Dreamers” still eligible for the policy.

Effects of the DACA Program on Dreamers

If a full recission of the DACA Program occurs, it will have far-reaching effects on Dreamers. At the very least, the affected could lose their jobs once the program begins to phase out. This is because the Dreamers will lose their temporary work status. In a worst-case scenario, they will also face deportation.

Not only will the estimated 800,000 dreamers become affected by this change in status, but their family members and community will as well. Imagine a household that suddenly loses one or more incomes. Or, perhaps worse, where a family member gets deported while others are left behind.

The loss of income and loved ones will have long-lasting implications beyond simple financial concerns.

Despite popular media and special interest groups claim that President Trump wishes to end DACA for racial reasons, many in Congress and the Senate are pushing for the program to end. The reason? According to President Trump and several government officials, the rescinding of DACA will make way for a much-needed immigration policy overhaul.

Opposition parties accuse the President of rescinding the program to mass deport hundreds of thousands of illegal immigrants. However, given the logistics of such an undertaking, mass deportation on such a scale is highly unlikely.

Immigration policy reform has been needed for years, but the topic is often a hot-button issue. Given the complexity and concerns – including debates about the very term “illegal immigrant” – of immigration policy, it is unlikely that the government will find a solution that everyone can agree with.

While six months may seem like plenty of time for Congress to put for an immigration policy solution, many worry that it won’t be enough. President Trump has assured voters if Congress fails to come up with a solution he will find one. Whether that will be something Americans can live with or not remains to be seen.