How Can a Political Asylum Lawyer Help You? 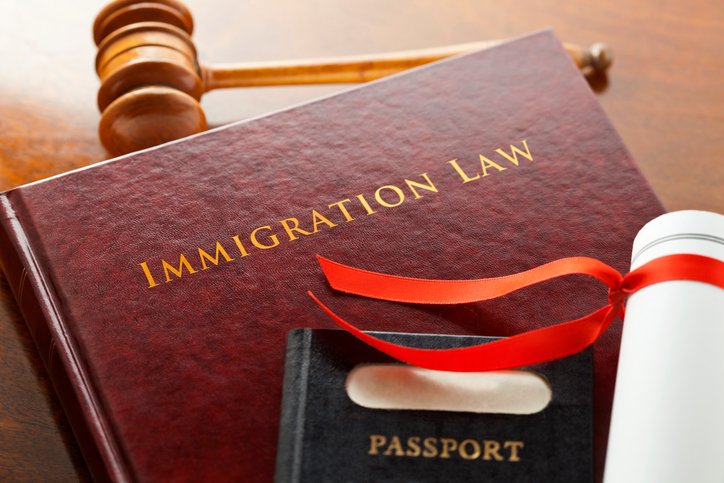 A political asylum lawyer can be the greatest asset a person has to receive a new life.

People from around the world seek asylum in the United States daily. They no longer see a future for themselves in their home country because of who they are or what they believe. To remain is to risk imprisonment, torture and even death. With so much at risk, it’s advisable to use an experienced attorney.

Why Some Cannot Apply for Asylum

The U.S. welcomes asylum seekers, but the government prohibits some people from even applying. The reasons include the following:

• You might not be eligible to apply for asylum if you waited too long after arriving in the U.S. to file your application.
• The U.S. rejected your previous application.
• Moving to the U.S. isn’t necessary because there’s agreement with another country to accept you.

The Two Types of Processes for Asylum Applicants

There are two paths to asylum — the affirmative process and the defensive process. Both are free.

First, to apply, you have to be inside the United States or in arrival at a U.S. port of entry. It doesn’t matter how you arrived. For example, you can have legal immigration status or not.

It’s rare for U.S. Immigration and Customs Enforcement (ICE) to detain applicants for asylum through the affirmative process.

An applicant is welcome to live in the U.S. while his case is under review. However, he probably will not be allowed to work during that time.

You have to apply within one year of arriving unless you can prove there were extreme extenuating circumstances.

Applications are available on the U.S. Citizenship and Immigration Services (USCIS) website.

After you’ve submitted your application, you’ll receive an appointment to visit the nearest application support center for fingerprinting.

Your next appointment will be with an asylum officer. The date of the interview will depend upon the caseload.

The government prioritizes its interview schedule with rescheduled interviews at the top of the list. Next, come applications from children. Finally, there are all the pending new adult interviews in the order received.

If you feel that you have a legitimate reason to be interviewed immediately, you must make your request in writing.

Expect the interview to last an hour.

It will be a friendly interview conducted in English. If you’re not proficient in English, you’re required to bring an interpreter.

You can also bring any witnesses to support your case. More importantly, you are allowed to have your political asylum lawyer present. An attorney that’s familiar with the asylum process can take much of the stress off of your shoulders. It’s comforting to have a professional at your side that can make the entire procedure smoother and faster.

Typically, you’ll go back to the office two weeks later to receive the decision on your asylum. Note, however, that from the time you initially file your application to the time of the decision could easily amount to six months.

It can take longer to receive a decision if you have legal immigrant status or if something in your background required detailed investigation. When a decision takes longer than customary, the government usually mails the result to you.

If you’re anxious to learn the status of your decision, you can write the asylum office where your interview took place.

An applicant’s attempt to receive asylum is a defensive application if the U.S. is seeking to remove him from the country.

If you lose your plea for asylum through the affirmative process, you have another option. You and your political asylum lawyer can choose to continue your case using the defensive process.

Others who enter the defensive process might do so following an arrest for not having the proper legal documents or for illegally trying to enter the U.S.

When the government hears defensive asylum cases, the tone of the hearing differs significantly from the welcoming environment of the affirmative interview.

This time there is an adversarial courtroom-like setting that includes an immigration judge. An attorney from ICE will be present to argue the government’s case against granting asylum.

It’s evident that in this circumstance the applicant definitively needs a political asylum lawyer on his side. Otherwise, there would be a newcomer to this country fighting for his future against a battle-trained government lawyer.

That would be a horrible time to be on your own. The only assistance the government offers the applicant in defensive process hearings is a free interpreter.

After the judge makes his ruling, either side can appeal.

Reasons You Are Rejected for Asylum

You risk losing out on asylum if your background check reveals any of the following:

• Participated in the persecution of someone due to his nationality, race, religion, political persuasion or social group.
• Have a conviction for a serious crime.
• Pose a general risk to the U.S.
• Resettled in another country before coming to the U.S.
• Have connections to terrorist activity.
• Married to someone or born to someone with a link to terrorist activity.

The U.S. continues to be the primary country of destination for the world’s asylum seekers. It’s still a great place to start over.

But if you want to enhance your chances of getting a new life in America, use a political asylum lawyer. The asylum process is a once-in-a-lifetime journey. Have someone on your side who knows every step of the way.