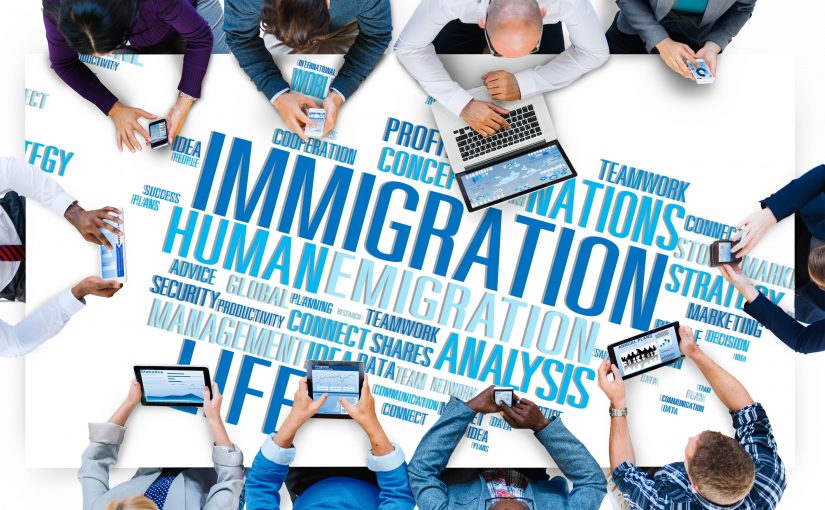 Immigration arrests are on the rise while arrests for other offenses such as drugs and guns are decreasing. A recent Pew Research Center study has shown the uptick in federal immigration arrests in comparison to a decade ago. This increase can only continue to grow under President Trump and his new policies.

The new report focuses on 2014 statistics because they are the most recent available statistics that the government provides. The numbers are scary if you are an immigrant. Half of the 165,265 arrests by federal agencies were immigration arrests. This is an increase from 28% in 2004. So, the percentage of arrests has almost doubled in the last decade. Other federal arrest numbers have decreased. The rate of drug arrests fell from 23% in 2004 to 14% in 2014. Probation and parole violations show a drop of 3%, from 17% to 14%. Lastly, weapons offense arrests decreased by 3% as well. While these numbers may not reflect current trends, may are guessing that the increases will continue.

This report includes all federal government law enforcement agencies, including the Department of Justice (DOJ), Department of Homeland Security (DHS) and other agencies such as the Interior and Treasury departments.  The DHS made 59% of all federal arrests, up from 37% in 2004. The DOJ made 35% of the arrests in 2014. Also, just one agency in the DHS accounted for more arrests than the entire DOJ combined. That agency would be Customs and Border Protection if you didn’t guess already. The DOJ is comprised of agencies like the FBI, DEA, ATF, and the U.S. Marshall’s. As you can see it isn’t like we are comparing apples and oranges here. All of these agencies primary purposes are to catch criminals.

Another telling statistics is the number of non-citizen arrests made in 2014. 61% of arrests made in 2014 involved non-U.S. citizens. This is an increase from 43% in 2004. Also, there are geographical indications of the increase in immigration issues as well. Five federal jurisdictions located along the Mexico border accounted for 61% of all arrests.

What Has Caused the Increase?

The biggest factor in the increase in immigration-related arrests is the increase in funding to the DHS. The number of Border Patrol agents doubled from 2004 to 2010. Many people think that immigration control is new to the Trump administration. However, this is not true. These increases started under President Bush and continued under President Obama’s administration. However, these type of arrests may double again during President Trump’s term.

President Trump ran a campaign centered around immigration reform. So it should be no surprise to anyone if the number of immigration-related arrests increases during his presidency. Let’s take a look at some of the current and proposed policy changes that will have drastic effects on illegal immigrants.

Just five days into his term, President Trump signed an executive order to increase the number of ICE agents by 10,000. ICE which is short for Immigration and Customs Enforcement is responsible for finding and deporting immigrants without legal status. This will almost triple the number of ICE agents in the field. If there are more agents, the chances are that there will be more arrests.

In March the President sent judges to twelve U.S. cities with a high backlog of immigration cases. The idea is supposed to expedite the process of deporting immigrants that have been charged with crimes. While this may not add to the arrest total, it is sure to add to the deportation totals.

Another policy that is sure to affect immigration arrests is the crack down on sanctuary cities. Many cities across the country have policies in place that go against the federal laws and help people avoid deportation. President Trump is going to cut federal funding to any city with such a policy in place. This will increase the enforcement of immigration laws and increase arrests nationwide.

The scary part is that the policy changes the President has in store for us could be even worse. With every news cycle comes a new policy idea or executive order aimed straight at immigrants. The federal budget may soon include billions of dollars to build a wall on our southern border.

There is fear in the hearts of every non-documented immigrant in the country. If you are in this situation, you shouldn’t wait until it is too late to make a plan. Start planning for any future immigration issue you may come across. Susan Henner is an experienced immigration attorney and she can guide you on the path to legal status. She also has a great wealth of knowledge when it comes to the cancellation of removal. Contact her today for a consultation and make a plan before it is too late.