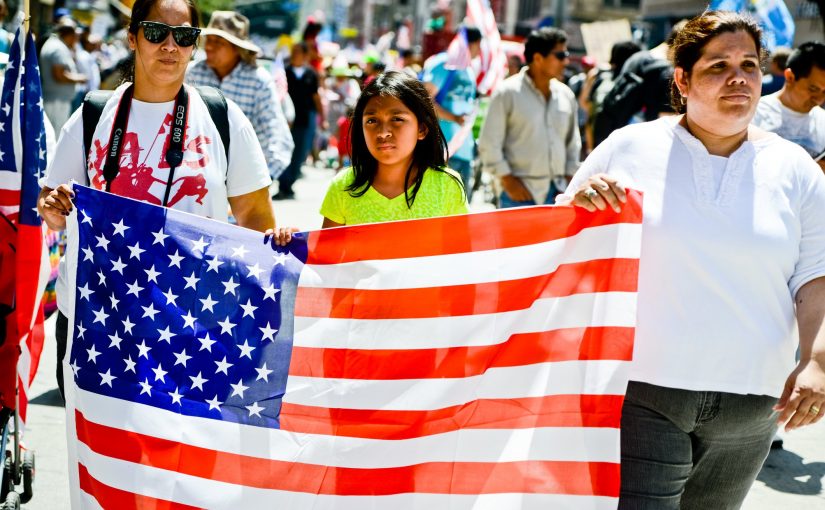 The 2016 presidential election was one of the most divisive in history. We saw candidates fight on a number of topics such as taxes, healthcare, and climate change. The single greatest point of contention, however, might have been immigration. Former Secretary Clinton, although she did call for extreme vetting of all persons traveling to the US her message overall, was very inclusive and accepting. However, Mrs. Clinton did not win the election. Then candidate Donald Trump’s take on immigration had a different message. Candidate Trump wanted mass and express deportation and a border wall which Mexico would pay for. Candidate and now President Trump divided our country with hateful rhetoric. President Trump continues to make minorities in this country feel marginalized and makes them live in fear of deportation.

From Candidate to President

Ever since he became President, Donald Trump has made it clear he intends to follow through on all the immigration promises he made as a candidate. President Trump continues to claim that there will be a wall on our southern border with Mexico that Mexico will pay for. Earlier in his presidency, President Trump signed an executive order completely cutting off immigration from seven Muslim-majority nations. After this was deemed to be unconstitutional in federal court Pres. Trump revised the order. The second version of his executive order was quite similar only leaving one country off the new list of countries, Iraq.

One of Donald Trump’s staunchest supporters during the election was Sen. Jeff Sessions from Alabama. Then a Senator, Sessions is now the Attorney General. Meaning Jeff Sessions now leads the Justice Department. Sessions is a staunch republican and is a supporter of hard-line immigration. Depending on who you voted for this is either an excellent thing or very disheartening for you. If you did not vote for Trump, then Session’s plan to execute candidate Trumps promises, especially express deportation are worrying.

In an April 11th memo to prosecutors, Attorney General Jeff Sessions instructed them to ask district judges to issue a “judicial orders of removal.” This order essentially means instead of being sent to an immigrant detention center; a convicted foreign national will be deported on completion of his or her sentence. Judicial orders of removal is basically another way of saying express deportation. This is a very welcome sight to Trump voters who believed in his America first message. Sessions also included other requirements in his April 11th memo. In his memo Sessions included that jumping the border illegally for the second time is now a felony as opposed to a misdemeanor which it was before. Also, in the memo, it said that foreign nationals should be charged with document fraud and aggravated identity theft which carries a mandatory minimum sentence of two years in prison if found guilty.

How It Use to Work

Trump is hopeful the judicial orders of removal lead to express deportation. With this new tactic, the Trump administration is finding a way to circumvent all the backlog in immigration courts. The Government Accountability Office came out with a report in June that shows just how bad the stockpile of immigration cases waiting to be heard has become. At the start of the 2017 fiscal year, there were more than 500,000 cases pending which is a 58% increase from that same point in 2012. In turn, this huge build up means it could take years to resolve some of these cases. By sidestepping this backlog, the federal government is saving money on housing and food in immigrant detention centers. By bypassing the number of cases in immigration court and deporting foreign nationals immediately, the government is also saving space in these centers for other detained foreign nationals.

This change is also a quite a signal from Trump and his administration. In his memo, Jeff Sessions states “This is a new era. This is the Trump era.” This show of force sends a message to immigrant communities across the nation that immigration enforcement is real under President Trump. Also in his April 11th memo Sessions says to increase the severity of criminal charges against people crossing the border, foreigners who sneak back into the Unites States after having been previously deported, and immigrants accused of document fraud or identity theft.