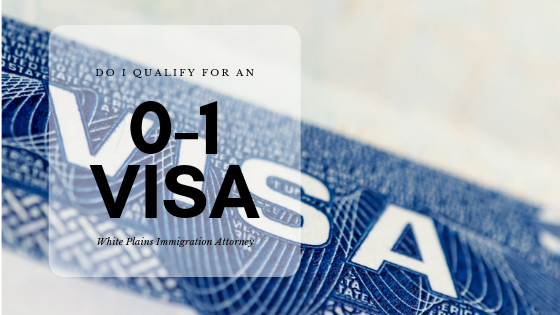 The United States has a non-immigrant temporary work program that welcomes specific individuals into the country. It’s called the O non-immigrant visa classification. This classification is for people looking to live in the U.S. who possess extraordinary abilities in the sciences, arts, education, business, or athletics. The O classification also welcomes individuals who have showcased a record of achievement in the film and television industry. In this article, we explain what an O-1 visa is and how you qualify for it.

O-1A: individuals with an extraordinary ability in the sciences, education, business, or athletics (not including the arts, motion pictures or television industry)

O-2: individuals who will accompany an O-1, artist or athlete, to assist in a specific event or performance.  For an O-1A, the O-2’s assistance must be an “integral part” of the O-1A’s activity. For an O-1B, the O-2’s assistance must be “essential” to the completion of the O-1B’s production. The O-2 worker has critical skills and experience with the O-1 that cannot be readily performed by a U.S. worker and which are essential to the successful performance of the O-1

Qualifications for an O-1 Visa

In order to be a recipient of an O-1 visa, you must demonstrate that you have extraordinary abilities on a national or international level. You also have to prove that you’re coming to the United States to continue your work in the specified area of expertise. But what does “extraordinary abilities” actually mean?

The USCIS explains that the individual must prove that they are “one of the small percentages” of people who have risen to the top of their chosen field. This specifically applies to the fields of science, education, business, or athletics.

Extraordinary abilities in the arts are measured by distinction. The USCIS explains that distinction is defined as a high level of achievement in the arts proven by skill and substantial recognition. The individual must showcase that they are recognized on a much higher level than an ordinary artist would be. They must be described as prominent, leading, or highly recognizable in the field of arts.

In order to qualify for an O-1 visa in the motion picture or television industry, an individual must prove that they’re highly recognizable and notable in entertainment. Again, much like the degree of measure in the field of arts, the individual must prove to be a true leader in the motion picture and television industry. Someone who is considered highly above average in this industry might qualify for an O-1 visa.

The standards set for O-1 visas are very high. Anyone who has won a national or international award such as an Emmy, Pulitzer Prize, or Olympic medal will be granted an O-1 visa. Besides national and international achievement awards, the USCIS states that an individual must demonstrate that they’ve accomplished at least three of the following:

For More Information on O-1 Visas

It’s not recommended to try to complete your O-1 Visa on your own. The application process can be complicated and you’ll need to provide extensive evidence of your achievements. It’s important to connect with an immigration attorney to help you through the process. Contact an experienced attorney today to receive more information on how to obtain non-immigrant visas.