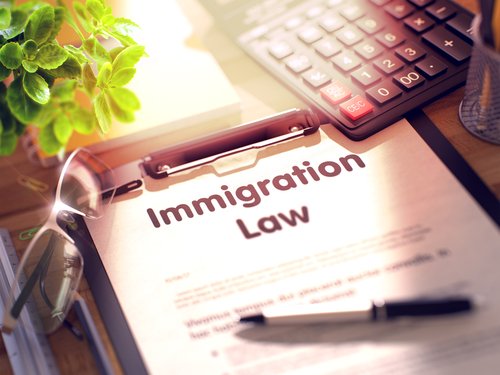 Since Trump’s presidency started, there have been many changes to the US immigration policy. While some of his attempts at change resulted in failure, others resulted in success. His latest attempt is to end chain migration. If he has success with this venture, then immigration could change drastically. Find out how Trump wants to change this type of immigration and what it means for you.

What Is Chain Migration?

Chain migration is a process that allows the relatives of a US resident to come to the country legally. Once an immigrant comes to the US, he can sponsor relatives to join him. Once his relatives enter the country, they can use the same process to bring their relatives into the country.

There is a reason that the US allows for chain migration –  family reunification. Without it, immigrants would come to the US and leave behind their families. It would mean that immigrants would not be able to make roots in the US. Instead of coming here and staying, skilled workers might come here and return home. A lack of family sponsorship would keep families separate from one another. By allowing residents to sponsor family members, the US reunites families.

Of course, there are rules and restrictions to chain migration. Only certain family members can come to the US. For example, spouses and unmarried children of residents can come to the US. If your family is not immediate, then they might not be able to gain entry to the country.

Currently, laws are in place to ensure that too many immigrants don’t enter the country. For example, you need to be a US citizen to sponsor an unmarried adult child to the US. Family sponsorship is not easy, nor is it universal.

It’s no secret that Trump wants to limit immigration to the US. Among many other changes to the United States’ immigration policies, Trump plans to stop chain migration. For the family of U.S residents, this policy change could be devastating.

Trump claims that chain migration puts the country’s national security in danger. After two New York City terror attacks, Trump placed the blame on chain migration. He also cited the diversity visa lottery as another contributing factor. To prevent any future incidents, Trump wants to end both policies. He said that he planned to end the policies swiftly. Additionally, he said that he believes that politicians will show strong support for the changes. Although that remains to be seen, it is enough of a reason for immigrants to fear for the future of their family members.

In the past, Trump has used terror attacks to promote his agenda. This is scenario is no exception. In this case, Trump is using the attempted detonation of a bomb in the subway to fuel his own agenda.  The suspect was a Bangladesh immigrant. Using the “children of siblings” clause, the suspect legally entered the US about seven years ago.

Now, Trump is using the incident to speak out against immigrants. In an online video, he claimed that chain migration put a strain on federal welfare. He stated that the immigrants come to the country with fewer skills.

Thanks to Trump’s changes in chain migration, immigrants have even more obstacles in their paths.There aren’t many ways for an immigrant to enter the US. While this was true in the past, it’s even more true now. Trump is making immigration very difficult. If you don’t live in the US, then you might have a difficult time gaining entry to the country.

By eliminating chain migration, Trump would create a significant obstacle for immigrants. Instead of inviting your family members to come to the country, you would need to remain here alone. Your spouse, children, or siblings would have no way to get into the country.

In addition to making life difficult for immigrants, eliminating chain migration could also hurt Americans. Proponents of this type of immigration argue that chain migration gives immigrants more stability. It makes them more likely to make a positive contribution to the US. On top of that, it also keeps skilled workers in the country. The US has a shortage of certain workers. Often, immigrants resolve those shortages. However, immigrants might not fill those roles if they can’t reunite with their families. There could be a shortage of certain workers.

Dealing With the Changes