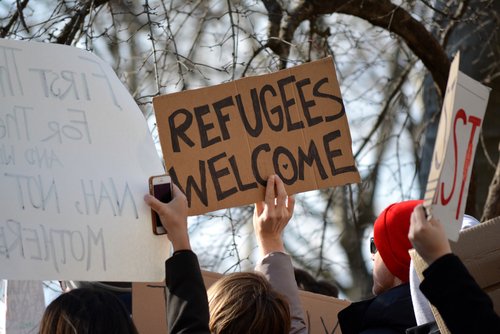 The controversial “Enhancing Public Safety In The Interior Of The United States” executive order enacts radical changes in immigration law. Signed by President Trump, the order is full of vague language that gives liberty to the U.S. Department of Homeland Security and immigration officers carte blanche when it comes to deportations. Two days later, Trump signed the “Protecting the Nation from Foreign Terrorist Entry into the United States” executive order. It gave the government the power to ban “Nationals of Countries of Particular Concern.” Once again the order contains vague language to promote the administration’s nationalist agenda.

Federal courts froze the Muslim Ban, and it awaits its day in court. However, the “Enhancing Public Safety In The Interior” order is active. Immigrant communities feel anxiety as news coverage of ICE raids increases. Educating yourself is the best way to prepare your family during these confusing times. It is important to know what you’re up against. Under the Trump Immigration policy, you are at risk of deportation in several new ways.

…If You’ve Never Been Arrested

The Section 5 Enforcement Priorities section of the Trump immigration policy instructs the U.S. Department of Homeland Security to prioritize the removal of immigrants who have committed one or more of the listed actions. A person is at risk of deportation if they ever “committed acts that constitute a chargeable criminal offense.”  Offenses include non-violent crimes like Minor in Possession of Alcohol or Disturbing the Peace. Even without an arrest record, an immigration officer can recommend deportation.

Nearly every person alive has committed an act that constitutes a criminal offense, and not even POTUS himself is exempt.

…If You Filled Out Paperwork Wrong

Section 5 also prioritizes those who “have engaged in fraud or willful misrepresentation in connection with any official matter or application before a governmental agency.” If a person submits any false information to the government, an immigration officer can deem it as fraud and have them deported. A willful intent is necessary to commit fraud, so technically a mistake based on translation or a misunderstanding is not grounds for deportation. However, the wording of the order gives authority to the officers, so the person’s fate is in their hands.

Also on the list of people to prioritize: those who “have abused any program related to receipt of public benefits;” public benefits. Public benefits include the Supplemental Nutrition Assistance Program or SNAP. While the USDA claims “SNAP eligibility has never been extended to undocumented non-citizens,” there are various exceptions . Given the vague language of the E.O., an immigration officer can deem any use of the system as “abuse” and use it as grounds for deportation.

Many common threads run through the ugly tapestry that is this executive order. One of the most apparent threads, though, is the total authority it gives to the people working for the Department of Homeland Security. Section 5 states that a person may be deported if “in the judgment of an immigration officer, [they] otherwise pose a risk to public safety or national security.”

So if an immigration officer judges a person based on their prejudices, biases, and opinions and deems them “risky,” that person is at risk. They don’t have to commit a crime or do anything terrible like misspell a name on a form. All they have to do is look threatening to the wrong person, and betorne away from their life.

An Immigration Attorney in White Plains That Fights For You

The vague language of this order is threatening, but it also leaves us room to fight. If you or someone you know is at risk of being deported under the terms of Trump’s current immigration policy, contact Henner Law Group, P.C. in White Plains. Experienced in various types of cases, Susan Henner and the team at Henner Law work tirelessly for the rights of immigrants.