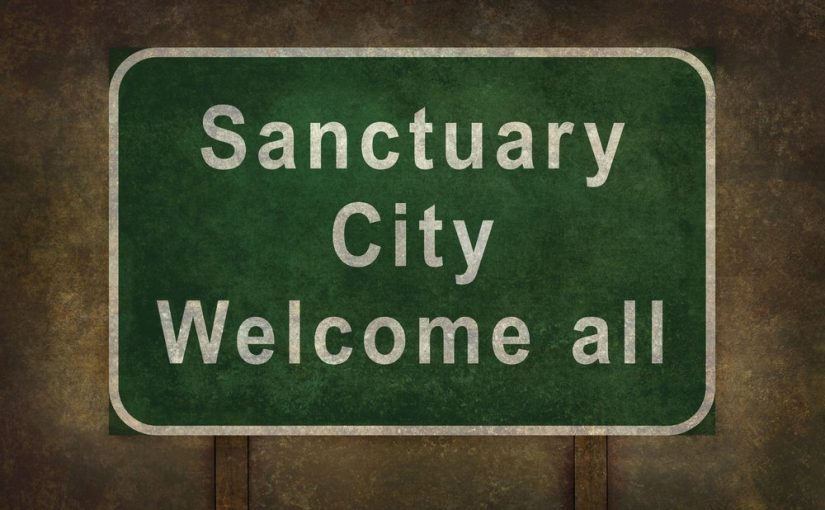 Immigration is a hot topic in the US right now. Trump’s policies have a lot to do with that. As Trump cracks down on immigration, people are voicing their opinions on the issue. Many Americans feel that the war against immigration is unnecessary. Now, California lawmakers are chiming in on the issue. In the state of California, lawmakers approved a Sanctuary State bill. The bill gives immigrants protection from changing immigration laws.

What is a Sanctuary State?

Generally speaking, a sanctuary state is one that provides protection to immigrants. The passage of this bill makes California a sanctuary state. As a result, the state limits the interaction that occurs between law enforcement and federal immigration personnel. When an immigrant takes sanctuary in California, it becomes much harder for authorities to deport them.

California’s Sanctuary State legislation is called SB-54. With strong immigration protections already in place, California already was a safe haven for immigrants. The state has about 2.3 million immigrants who don’t have authorization to be in the country. With Trump’s efforts to deport illegal immigrants, many of those immigrants worry. They now fear deportation. The state does offer them legal help and college scholarships. Additionally, the state makes it harder for people to find out about their immigration status. However, this bill brings the protection to new levels.

The bill came to fruition not long after Trump became President. Lawmakers wanted to make it harder for immigration agents, sheriff’s officers, and local police to work against immigrants. Most law enforcement personnel seem to support the bill. However, some sheriffs still oppose the bill.

Although the California legislature passed SB-54, things aren’t over. Governor Jerry Brown needs to consider the legislation. At first, he wasn’t supportive. But then the Senate leader watered down the bill. Soon after the changes, he announced his support for the bill. Currently, the situation looks hopeful for immigrants.

The bill prevents any law enforcement official from asking someone’s immigration status. It also prevents law enforcement from helping out in immigration-related cases. And it prevents them from arresting people with civil immigration warrants. As a result, immigrants will be less likely to find themselves victims of raids and governmental policy changes. Law enforcement won’t be able to push Trump’s agenda. Instead, they can focus on crime.

As the state of California considers the Sanctuary State bill, the US Congress considers another immigration bill. If approved, the US will offer legal status to immigrant youths whose parents illegally entered the country. Likewise, the children of immigrants who overstayed their visas may be eligible for legal status.

The legislature gives people promise that the government is willing to change. Although Trump may have different plans, the US Congress may work harder to support immigrants. The difficulty will be convincing Republicans that the legislation isn’t going to protect criminals or compromise the safety of the public.

Times are changing, and it’s hard to say what the future may hold. The President takes a strong stand against immigration. Now, more and more Americans seem to be showing their support for immigrants. Even the US government is taking a stand against Trump’s policies. It is impossible to say what will become of these contrasting beliefs and policies.

Preparing for the Changes

While not much is certain, one thing remains sure. Immigration policies are changing. It’s important for you to understand what changes are occurring and how they may impact your life. If you happen to be an illegal immigrant, it’s critical to understand how a sanctuary state can help you. It’s also important for you to know that California isn’t the only sanctuary for immigrants in the US.

Times are changing. There is no way to guarantee the safety of an illegal immigrant. However, staying educated certainly helps. If you’re still unclear about how a sanctuary state could protect you, it may be time to contact a lawyer. An immigration lawyer can protect you from the country’s anti-immigration policy. He may even be able to help you obtain citizenship. There’s no better time to get help than the present.