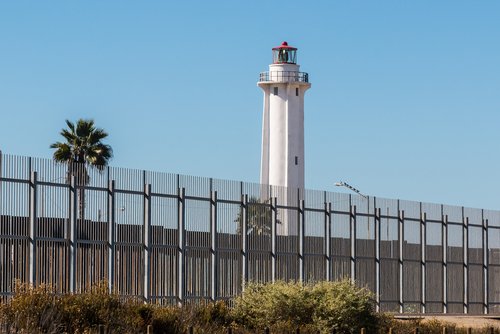 America is the land of opportunity. Some immigrated to the United States for financial prosperity. For others, it was a means of escaping persecution for their religious or political beliefs. Though in modern times the religiopolitical reasons for illegally immigrating have declined significantly, the economic motivations for illegal immigration have increased sharply.

In a fascinating article in the L.A. Times, USC Sociologist Emily Ryo shares some insight on the mindset of illegal immigrants. The consensus is that undocumented immigrants believe they are helping our economy. Also, research has uncovered that the disparity in global economies and that of the US,  has been the driving force in illegal immigration.

Costs are lower than in their host countries, for most illegals. Many Mexican Nationals pay a relatively small price to get into the U.S., so even if they try and fail a few times before getting in, it is still worth it for them once they succeed.

U.S. employers that hire illegals do so at wages far higher than the immigrants could ever dream of earning in their home countries. A study in the 1970’s estimated that they could make nearly six times what the same work would pay them in their country of origin. And that was after figuring in the cost of getting and staying here. Migrant farm workers make up one of the largest groups of illegal immigrants.

Regardless of the motivation, however, there is a steady flow of undocumented illegals making their way across US borders. Today, we are going to take a look at some of the most common ways illegal immigrants use to cross the border.

Sneaking in The Back Door

Between 6 and 7 million immigrants have entered the United States illegally, at a pace of about half a million per year. Many hire coyotajes (coyotes) or people smugglers to get them in. You can find horror stories recounting tales of dozens of men, women, and children stuffed into box trucks, usually without food or water. Or, under the floorboards of a pickup truck. They’ve discovered people locked in trunks, and also clinging to the bottom of vehicles, hanging on for dear life.

Others have attempted the often deadly desert crossing on foot. A perilous journey for a healthy individual, it can prove fatal for women, children, or the elderly.

These overland methods of entry have decreased significantly over the years, however, as Border and Customs agencies continue to refine their methods of detection and prevention.

Experts estimate that nearly 40% of all undocumented immigrants are individuals who entered the US legally. They have simply decided to not return to their country of origin.  Yep, you read that correctly. Nearly half of all illegal aliens came here on a temporary Visa, either for work, or education or tourism, and just opted to stay.

Some entered the United States without any inspection at all. What this means is, that they either came through a border checkpoint or an airport and were never given any challenge to their entry.

Others are directly violating the terms of their Border Crossing Card. This is a card that authorized border crossing into the United States for a set period. Officials estimate these card holders account for a significant portion of registered non-immigrant entries into the U.S., and many of them remain here, illegally.

Two If By Sea

With increased security at our borders, land routes of illegal immigration are much harder to find. Because of this, there has been a sharp increase in attempts to gain illegal entry by sea. The U.S. Customs and Border Patrol has taken to patrolling the coast of Southern California in speedboats. This is intended to thwart the efforts of smugglers attempting to drop passengers on the shores of the U.S. They patrol a 400 square mile area of ocean that reaches from Tijuana, Mexico to Los Angeles, California.

Overwater attempts at illegal immigration have increased exponentially year-over-year since 2010.

There has been some controversy surrounding immigration in recent years. Just ask The Department of Homeland Security. They have accused Mexico of encouraging its citizens to attempt illegal immigration. It is believed that certain agencies in Mexico even provide assistance to migrants. They offer them advice on how to get over the border illegally. The agencies direct them where to find healthcare and even where to send their children to school. They even go so far as to tell them how to get their money back home. The Mexican federal government even issues special ID cards to Mexicans living abroad.

No matter how they gain entry, there is no doubt that illegal immigrations occur on a daily basis, though reports seem to indicate a decrease or leveling off in recent years. For many, the temptation to stay in the United States will always remain. After all, we present them with more opportunities than they would have in their home country. Who wouldn’t a better life for their family?