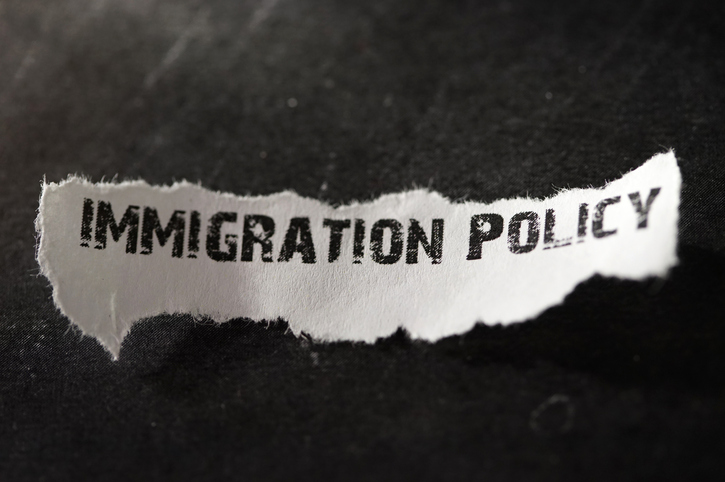 Trump’s immigration policy was the basis of his 2016 presidential campaign. His promise to build a wall on the US-Mexico border excited many voters who claim they want to see American citizens taken care of first. When Mr. Trump won the presidential election, hundreds of thousands of non-citizens began to question how his immigration plan would affect them and their families. Two years into his presidency, we have seen a rise in asylum denials, troops sent to meet the Mexican migrant caravan at the border and babies being taken from their mothers.

The new immigration law proposed ending birthright citizenship, which bestows citizenship to those born on US soil to non-citizens and unauthorized immigrant parents. Trump even appears to be doubling down on his stance, as he plans to sign an executive order to end birthright citizenship in the United States. In essence, he would not have to change the constitution to see this through. However, he faces opposition from the federal courts, Congress and Democrats. For more on Trump’s immigration policy and how it affects New Yorkers like you, read on.

President Trump believes the deal is as good as done. However, many people, including federal judges, debate his ability to effectively change the law with an executive order. Even as he challenges birthright citizenship, Trump would have trouble arguing against the sometimes-unclear language of the constitution, of which the Fourteenth Amendment states:

The amendment, which took effect on July 9, 1868, has legalized thousands of children of immigrants since, many of whom were born here in New York. Though many believe ours is a broken immigration system, the fact that President Trump faces so much opposition to his new plans speaks to the mindset of Americans overall.

Asylum is for citizens from another country who are fleeing persecution from their government. In addition to this current administration’s new policy on immigration, judges rejected 65 percent of refugees seeking asylum in 2018. This is a record high, rising 50 percent from 2012’s 42 percent refusal rate. At the same time, the number of asylum seekers in the US has grown 89 percent since 2016. The rejections rise with the increase in asylum seekers. At the same time, some analysts believe the surge in numbers reduces the amount of attention and care given to each case.

The asylum denial rates began increasing before Trump taking office. Trump may not have anything to do with those numbers initially, but he recently signed an executive order rejecting asylum for anyone who illegally entered the United States. This has a lot to do with the migrant caravan approaching the US from Central America.

The foundation of Trump’s immigration policy and presidential campaign, the wall is a symbol of exclusion. In practice, the wall could only serve as a symbol, because it would do little to keep illegal immigrants out effectively. Why?

Most importantly, most illegal immigrants come here on a legal visa and remain in the country after it expires. Trump persists on the wall’s effectiveness to end illegal immigration. However, his administration has done nothing to address visa overstays, which outnumber unlawful border crossers by approximately 600,000 people. Although the president has not yet addressed visa overstayers, he may soon.

These new immigration laws worry many American families with illegal members residing in the States. At face value, the laws seek to remove a large number of law-abiding immigrants who hope to become citizens.

Are you curious about how Trump’s immigration policy will affect you and your family? Do you want to know more about your rights as a non-citizen or do you want to start the US citizenship process? Most people seeking citizenship are unaware of the requirements, such as:

With the political climate seemingly targeting immigrants, achieving citizenship status can appear to be an intimidating task. That’s why you must speak to a New York immigration lawyer at the Henner Law Group, P.C.

A member of our legal team can guide you through the process and answer your questions concerning birthright citizenship, immigration and more. Call the Henner Law Group, P.C. at (914) 290-5777 for a free consultation today.