Syrian Immigration: Why It Is Associated with Terrorism 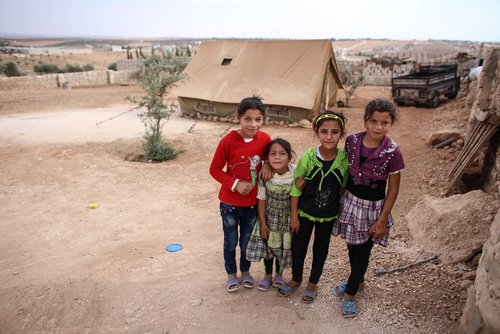 On Monday, March 6th, President Donald Trump signed an executive order placing a 90-day ban on the issuance of visas for citizens of Libya, Iran, Yemen, Somalia, Sudan, and Syria. Furthermore, the order suspends the nation’s refugee program for 120 days, effectively halting all Syrian immigration. Also, it states that from now on the U.S. will accept no more than 50,000 refugees within a year’s time. The previous cap set by the Obama administration sat at 110,000 refugees per year.

The motivation behind the travel ban is, presumably, safety. Reports of ISIS terrorists infiltrating Europe by posing as Syrian refugees stoked fears that it could just as easily happen on U.S. soil. Furthermore, Syrian President Bashar al-Assad affirms there are terrorists among fleeing refugees as evidenced by pictures on the internet. (Whether one should take Assad’s motives into question is best left to decide oneself).

Syrian Immigration: The Argument in America

Debate on both sides of the aisle runs fierce. Right-wing conservatives in the United States argue that the government needs to put “America First” and protect its borders, and thus its citizens. Left-wing liberals claim that banning refugees fleeing religious persecution is un-American. After all, the separatist Pilgrim settlers of Plymouth Rock also fled religious persecution. So which side is correct?

It’s possible that both right and left have it wrong. After all, no one wants another incident like the Paris terror attacks of 2015. On the other hand, the Statue of Liberty does not have an asterisk next to The New Colossus. Overplayed fears lie both sides.

As there is nothing at all new under the sun, neither is the idea that dangerous people might sneak past borders posing as refugees. Terrorist groups including Hamas, Fatah, and the Popular Front for the Liberation of Palestinian (PFLP) all sprouted from the 1948 Palestinian refugee crisis. Somali refugees supplemented the terrorist group al-Shabaab. Furthermore, Afghan refugees in Pakistan organized into the Taliban. Like we said, it’s nothing new. So, since the Islamic State is mainly based in Syria (as well as Iraq), the risk lies in ISIS members infiltrating the numbers of admitted Syrian refugees.

However, the Islamic State does not appear to work that way. ISIS certainly callS on those living in opposition countries to “attack, kill, and terrorize” in the streets. However, they urge followers in their area to join them in Syria and Iraq to fight their enemies locally. Considering the state of affairs in the Fertile Crescent and the success ISIS has inspiring homegrown terrorists via social media, it stands to reason that the majority ISIS resources are not going towards faking passports and smuggling individuals into the West. It’s a high-cost, low-reward plan of action that a struggling regime cannot afford.

One fear is that homegrown Islamic extremists may convert entering refugees in the community to ideologic views. Considering most refugees from Syria flee from the tyranny of ISIS, it is hard to imagine them taking up arms for their cause. However, in a society that continuously alienates Muslim people, angst, and frustration potentially overcome logic. It stands to reason that banning people from Syria can create more terrorists than it prevents.

A Practical Solution for Syrian Immigration

No immigration or refugee admittance program can promise 100% safety and efficacy. However, the answer is not banning people. Rather than keeping us safe from outside terrorists coming in, a ban exacerbates anger and frustration within which breeds more homegrown radicals. Instead of fostering resentment, the government should support incoming Syrian immigrants. This support includes:

The basis of radical Islamic terrorism is an “us vs. them” mentality they have with the West. By playing into that conflict, we give ISIS what they want: tensions between Muslim and non-Muslim communities.