Susan B. Henner Speaks at the Consulate General of Italy 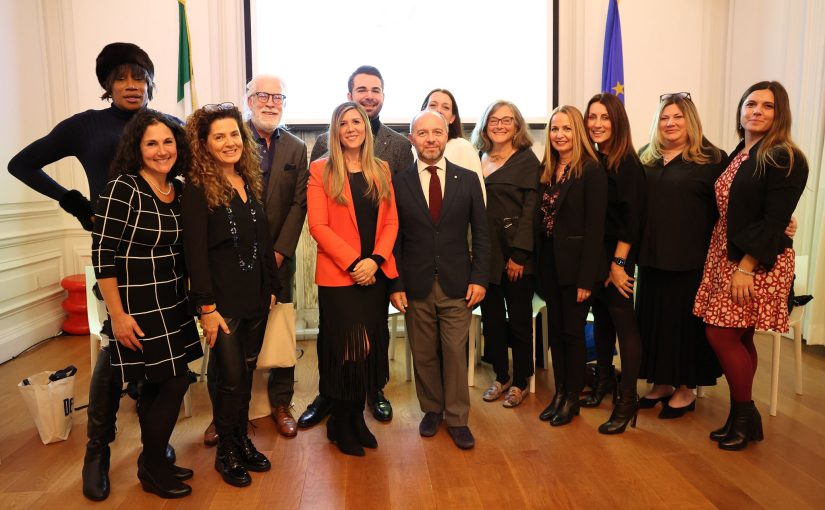 On Tuesday, November 15, 2022, Susan B. Henner of the Henner Law Group, P.C. was invited to speak on a panel at the Consulate General of Italy regarding the topic of domestic violence as it relates to immigration law.

Held at the Italian Consulate, the event was sponsored by Comites NY and Italian Women USA. Susan, along with other legal experts, discussed issues of Family Court, U Visas, and VAWA (Violence Against Women Act). They discussed how to file a claim against an abuser, regardless of whether the person is a United States citizen or an immigrant in the United States on a visa.

Susan was joined by Judge Jessica Earle Gargan of the Criminal Court of Queens, Nancy M. Green, Esq., and Germana Giordano, Esq. All four experts explained how often American immigration status will be a deterrent for reporting violence. In order to help more people, they stressed the fact that they never ask for immigration status, as it creates a barrier to the freedom to report. It is important to all three of them that victims be protected in every step of the reporting process, regardless of immigration status.

The reports of violence and femicide are high in Italy and Italian-American communities. Nonreporting is especially a problem in LGBTQIA+ communities, where victims may be hesitant to report domestic violence due to social, psychological, or clinical prejudices. It is important that we create the necessary paths for domestic violence survivors to feel comfortable and safe enough to report the violence against them.

The panel was extremely successful, with the event especially benefiting from Susan’s expertise and experience in immigration law. Following the panel, everyone was invited to mingle and engage with each other during a well-attended reception.

Susan was honored to be invited to speak and grateful for the opportunity to spread awareness regarding a topic that negatively affects so many people, especially in the immigrant community.